Reading:
Dawn of the Progressive Web Application (PWA)
Share this: 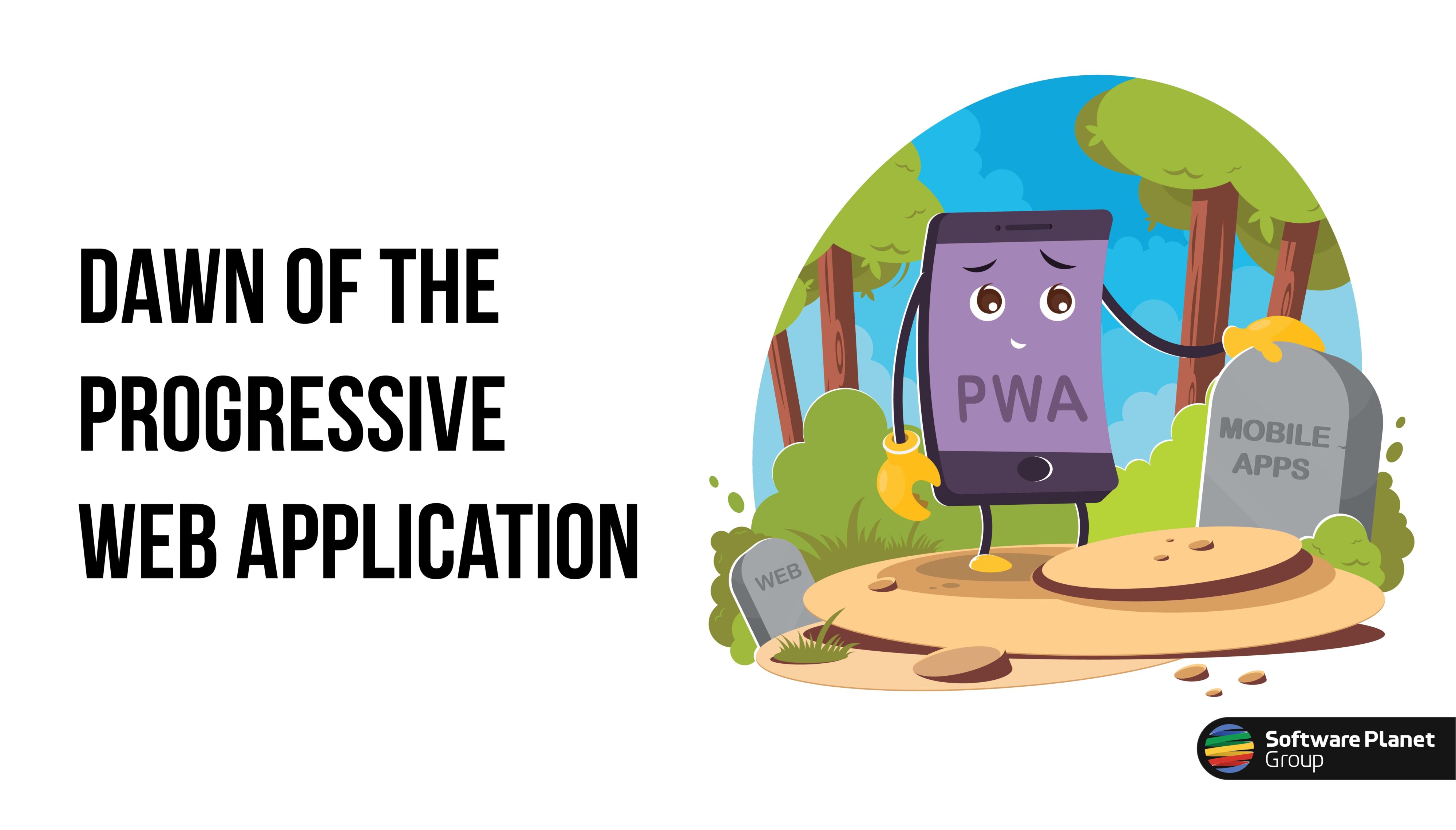 “It is not the strongest or the most intelligent who will survive but those who can best manage change” ~Charles Darwin. He was probably talking about the PWA, you know.

What is a progressive web app (PWA) anyway?

Do you remember when native mobile apps first came meteor-crashing into the scene? Most people couldn’t seem to get enough of them! From amusingly useless lightsabers to the far more nifty unit converters, back in 2008, it didn’t matter if your application was a star or a dud — if it had made its way onto the iPhone, all eyes would be on your company. But just as natural selection is so crushingly apparent in nature, in today’s lightning-paced, ever-changing technological landscape, the ubiquitous native application could soon be heading for an untimely demise. 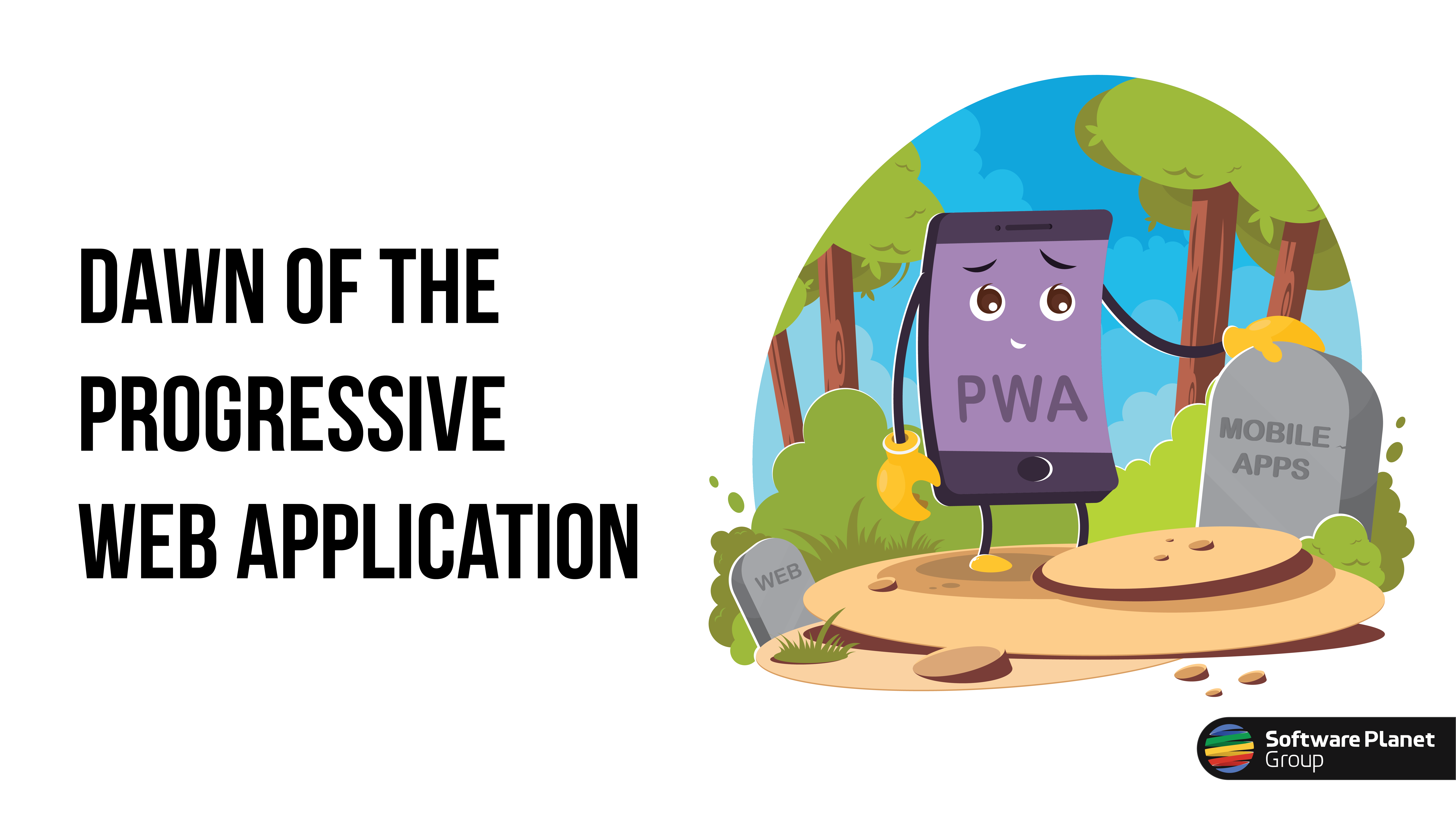 It all started in 2011, when the Financial Times made the pivotal — and distinctly countercultural — decision to completely do away with their native apps. Instead, they began working on a new breed of web application, taking advantage of the very best of the day’s technologies. Pretty soon, as modern tech began catching up with their vision, app.ft.com would quickly evolve into the point of reference that it is known as today. After all, in addition to sporting a native-like splash screen and interface, the app emancipated users from their network receptions, and behaved in ways atypical of web applications.

What are the main principles of the PWA architecture?

But what then is so special about the PWA approach that has made this architecture such a great alternative to native development? Well, by very definition, these applications have been designed to function seamlessly on any web browser — so long as they remain compliant with a particular set of important standards. This means that instead of relying on any platform-specific codebase, we are able to create a fully unified cross-platform user interface. It also paved the way to making a splash into the mobile device arena, as their controls and navigation experience were fairly akin to that of mobile devices. This culminated in the eventual recognition of the following list of PWA characteristics:

A quick glance at the list above should make clear why PWAs are so fast – with preloading, progressive enhancement and connectivity independence, there is very little to stand in the way of max efficiency.

The three main components of the PWA architecture are:

Seeking to explain this concept, Aaron Gustafson, a former manager of the Web Standards Project and author of a number of books on contemporary web development, devised the sweetest of all analogies. In it, he unusually compares one of the PWA’s key characteristics – progressive enhancement – with a Peanut M&M.

“Start with your content peanut, marked up in rich, semantic (X)HTML. Coat that content with a layer of rich, creamy CSS. Finally, add JavaScript as the hard candy shell to make a wonderfully tasty treat (and keep it from melting in your hands).” ~ Aaron Gustafson

It is precisely in this hard candy shell where the majority of progressive web application features can live.

Survival of the fittest

All sweetness aside, it is difficult to deny that these progressive web applications are increasingly becoming a threat to challenge the native app status quo. This is largely due to convenience, as in addition to being faster to build and update, they allow us to gain access to traditionally blocked mobile features. In fact, with the notable exception of proximity sensors and handling contactless NFC payments, there is very little left that a PWA is unable to do. And thanks to the recent backing of three major tech giants — Apple, Microsoft and Google — this is likely to improve even further.

Who is using progressive web apps today? What are the benefits of a PWA for businesses?

From Starbucks to Twitter, leading companies today have demonstrated that anyone can benefit from PWAs, and after looking at the figures, this should hardly come as a surprise.

Similarly, after Forbes adopted progressive web applications, they were able to increase users by 43 percent, and their session durations effectively doubled.

This happens because the technology greatly simplifies the so-called “omnichannel user engagement,” which keeps people in Marketing and Sales happy and holds visitors within the same application context (users will no longer lose their progress when alternating between various devices).

Nevertheless, ever since the PWA’s very first appearance — and particularly over the last few years — the following questions have become increasingly relevant:

At Software Planet Group, we believe the opportunities that PWAs present are far greater than any immediate challenges. In 2020, for instance, upwards of 51 percent of all website traffic was generated through mobile devices. By contrast, just a mere decade ago, this figure was at a paltry 3 percent! This means that progressive web apps may not only one day replace your mobile apps, but could even take over your company’s website.

When should one consider building a PWA?

A PWA could be a great choice for your company to ensure:

Multiple Channels Access Your target audience is more likely to access your product via multiple channels (e.g. a desktop browser and mobile devices).
“On-the-go” Experience For example, if you would like end users to have the ability to add items to a shopping trolley from their office workstation and finish the from their mobile devices (while appropriately handling any changes in user agent, network, location, controlling security and maintaining consistency).
Unobtrusive Usage You do not know which platform your customers would prefer to use, but you are keen to make their experience as unobtrusive as possible.
Minimised Tech Stack’s Diversity You either want to minimise your tech stack’s diversity, reduce the costs of support or reduce the cost of development (it is oftentimes more sensible to stick to a combination of frameworks stemming from the same language, such as JavaScript. For example, you could use Angular and Node.js to create a cross-platform mobile application instead of opting for a more diverse set of technologies (e.g. Java/Kotlin + Swift + Node.js) and building two native applications with a JavaScript-based back-end.
Building an MVP You are developing an MVP or want to minimise your time to market.
Adding a Mobile Front-end You operate a SaaS company and require a mobile application

Are there any industry-specific benefits of PWAs and which industries could benefit from this type of application?

Although retail, catering, hospitality and travel are among some of the most commonly cited sector examples, more recently, both healthcare and online retail banking have begun investing heavily in the architecture. After all, healthcare workers should be able to efficiently and securely access vital data; and modern banking apps are uniquely dependent on innovation.

In reality, however, any business solution in which intensive multi-directional interaction with the user is required should consider giving the PWA approach a try. It is also worth mentioning that PWAs may be equally effective for B2B, B2C and B2B2C companies.

Why are native apps better than PWAs? And is this always the case?

Unfortunately, there is never really a silver bullet, but when evaluating the feasibility of PWA development, there are two main aspects that should always be borne in mind:

The intersection of the above criteria (supportability and feature availability) form the basis of the PWA’s minimum requirements, and will often serve as an effective evaluation toolkit.
Platform- or device-specific features limitations Remember that certain platform- or device-specific features should only be available via native API. So if you are thinking of integrating lower-level bluetooth interactions, would like to access the battery status, or require in-app permissions for both access & management capabilities, a PWA is simply not gonna cut it. The same luckless fate awaits you if you are looking for Advanced Camera Controls or are in need of using Recording Media.
Expected application performance Let’s imagine that you would like your users to be able to take pictures and you find out that PWAs do have access to their device’s Audio & Video Capture features. So far, so good, but is that good enough to support your business case? After all, what if you also needed the app to work from a device placed near a conveyor belt, and to effectively capture dozens of photos per minute? A progressive web application may not be fast enough to handle this task.

Finally, there are other issues with PWAs which lurk far beyond the device environment (building Progressive Web Apps for multi-origin sites, for instance, is known to present some pesky problems), but it is definitely not all doom and gloom!

Just make sure you keep an eye out for any alternatives and compromises, and be mindful that aside from the obvious native application, there are other frameworks and creative approaches to be found.

What is the difference between hybrid, cross-platform and PWA applications?

Though there is certainly a distinct difference between hybrid, cross-platform and PWA applications, these are all driven by different intentions, so a comparison is not always fair.

We have already covered the main principles and motivation behind the PWA concept above. Its principal drivers are most commonly the ease of access from different platforms and a unified codebase (read: “lower costs”).

On the other hand, hybrid applications tend to combine web application elements (often the back-end) with a number of native, platform-specific application shells. The intention here is to attain certain platform- or device-specific functions which for one reason or another are not yet currently available to PWAs. The hybrid app approach diversifies the list of used technologies, but could also be seen as a healthy compromise. Popular frameworks for hybrid app development include Ionic, PhoneGap/Apache Cordova and Appcelerator Titanium.

Some enterprise oriented platforms, including IBM Mobile Foundation, offer all-encompassing capabilities that enable building all three application types. This has become an integral part of enterprise mobility (as they are connected, from day one, to all elements of the enterprise infrastructure).

Its principal drivers are most commonly the ease of access from different platforms and a unified codebase.

Combine web application elements with a number of platform- or device-specific functions.

Provide a unified codebase for multiple platforms and a platform-specific user experience.

Progressive Web Apps with and without frameworks

So in the end, how do you create a progressive web application? Well, there are plenty of available options – with or without JavaScript-based libraries and frameworks. The most common of these approaches are:

Yet as Darwin so casually reminded us, rather than fretting over change, the success of any business depends on knowing how to tackle this transition. So to make the very best decision on the right technology for PWA development, we must put your business objectives front and centre and examine the pros and cons in relation to your particular problems.

Are you looking for PWA development?

We'll help you choose the application type and technology that are the best fits for your business. And we can help you to get started today! 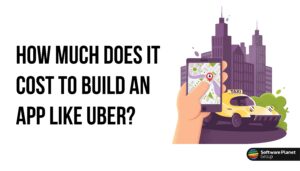 Want an App Like Uber? How Much Does It Cost to Build?

When building an app like Uber, there are a number of factors that must be taken into account. If you are looking to build your own Uber app, read on! 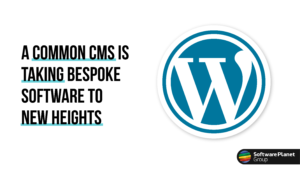 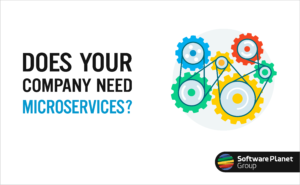 The Benefits of Microservices and Are They Needed?