By now, digital transformation is already well under way in the vast majority of organisations, but owing to the market’s notoriously changeable winds, knowing where to invest can quickly turn into a challenge. Just last year, for example, cryptocurrencies were largely being hailed as a great unexamined goldmine, but there is now growing support that these popular technologies are significantly less secure than originally understood. And what of the case of Oracle, which is now charging Java users extortionate licensing fees?

Nonetheless, by staying well abreast of the latest technological trends, Software Planet Group believe that you can make wise decisions that will help your business stay firmly ahead of the game.

So without further ado, it is time to take a look at the year in digital transformation!

Ever the kings of technological publicity, today, augmented and virtual realities are being leveraged by doctors across the board in order to coach their students through highly sensitive operations. In this way, for instance, medical students can experience a true-to-life brain or heart surgery without ever having to practise on a physical human being. Only naturally, therefore, this year AR and VR technologies are expected to see rising adoption, as they may easily be employed from therapy to pharmacology, and according to multiple reports, their combined markets should be worth well over $100 billion by the year 2022.

In this context, both “telemedicine” and “telehealth” refer to online video consultations that are held at any moment between doctors and their patients.

From a more practical standpoint, however, in addition to allowing medical practitioners to view scans, monitor symptoms and assess reports from afar, investing in telemedicine comes with a plethora of potential side benefits: from less crowded clinics to faster front desk operations. As a result, today, up to 90 percent of American health executives claim that they have already developed — or are currently in the process of developing — a modern telehealth application.

Another technology that continues to gain ground in the health sector is machine learning. After all, equipped with ML technology, medical systems are able to analyse CAT scans up to 150 times faster than human radiologists, detecting neurological health conditions in just over a single second. Similarly, by learning the exact dosage of drugs, the technology is able to assist doctors in generating precise prescriptions, as computers are not prone to typical human errors.

And speaking of which, did you know that most people incorrectly assume that machine learning and artificial intelligence are the exact same thing? They’re most certainly not, and this article will teach you the difference!

Though many forecasters predict the Blockchain this year is set to remain a technology in search of a problem to solve, some savvy executives have already figured out its potential for the healthcare industry today. The Patientory Association, for example, remarkably use the famously decentralised digital ledger to centralise work between hospitals, laboratories, physicians and pharmacies. Thus, PTOYNet — the organisation’s Blockchain solution — is able to securely store and manage health information in real time.

As a sector committed to preparing our children for the future, it is only natural that the education industry should aim to evolve as quickly as possible — and thankfully, as made evident by this year’s promising Bett EdTech show, this pivotal change is already taking place. One of the ways in which students will benefit from digital education this year, for instance, is in the widespread introduction of augmented and virtual reality in schools. After all, equipped with these technologies, students can visit Australia or even Ancient Greece from the comfort of their classrooms. The Internet of Things is also poised to make further inroads, however, as more and more educators realise that they can make use of the technology to help them keep tabs on a student’s overall progress. And finally, on that note, by leveraging the power of Big Data and analysis, teachers will be able to learn far more than was ever possible through standard homework and exams.

As legal practitioners increasingly adopt digital models into their practices, a number of them are set to move the entirety of their businesses online. Consequently, as seen in the benefits of telemedicine, professionals can enjoy a great deal of flexibility in both how and where they elect to do their work. Thanks to virtual meetings, for example, travel time may significantly be reduced or even completely eliminated, and different teams across the globe can work comfortably together.

A Focus on Cybersecurity

At the same time, of course, the more legal cases are being dealt with online, the more online security becomes a major cause for concern. To exemplify this point, who can forget about the Panama papers, where approximately 11 million files were leaked from a single law firm? While that data breach in particular occurred in 2015, only last year it was widely reported that up to 80 percent of the largest law firms in America had already fallen victim to some form of malicious attack. Clearly 2019 is no time to compromise on security.

Largely due to the success of the Amazon Echo, in recent times, voice-based online shopping has skyrocketed to extraordinary heights — sales are currently projected to reach $40 billion by 2022.

Trailing considerably behind but also growing steadily, however, is visual search. Thanks to this modern feature, smartphone users can now take photos of a product before them and automatically receive links so they may purchase it online. Remarkably, according to Pinterest, just six months after launching its Lens visual search feature, users had searched a combined total of 600 million images per month — a staggering figure that is rightly turning heads in the marketing industry.

And finally, in the world of AdTech, or advertising technology, digital marketing continues to grow by leaps and bounds, with more and more businesses expected to make the move towards programmatic video solutions like the excellent Vidmatic.

So that’s it for 2019, but if you have the time, be sure to check out these in-depth reports by experienced industry analysts.

Yes, addressing digital transformation issues will often prove a challenging task, but failing to do so is a far more damaging move, as it could lead to serious tech gaps that will leave your company at risk.

Thankfully, however, because these technologies may be used across a wide variety of industries, with SPG keeping you in the loop and our incredible team of software engineers doing all the hard work to boot, you can make the required changes that will gear you up for the opportunities ahead.

-Don’t wait until you’ve been left behind. Get a head start with bespoke software development today! 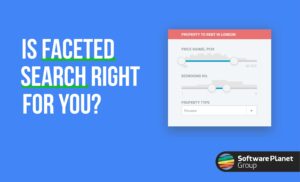 Is Faceted Search Right for You?